Salt Lake City and Park City are two of the most popular destinations for people either moving to Utah or looking to build vacation homes there. Salt Lake City is more inviting to new residents while Park City has an abundance of vacation homes designed around the skiing culture. In both cases, contemporary homes in local neighborhoods tend to stick out like sore thumbs.

This is the simple reason contemporary homes stick out. By their nature, they are designed differently. They do not look like more traditional homes in the neighborhood because contemporary design eschews traditional design. This is what makes it contemporary.

They Just Don’t Fit In

The Spruce website ran a piece in October 2020 looking at fifteen contemporary homes from around the world. Each and every one of these homes sticks out in the neighborhood in which it is located. None of them fit in with what all the neighbors are living in. Again, this is by design.

For instance, take the Woodland Geometry home designed by Eldridge London. You would be hard-pressed to know it was a residence had someone not told you. This home is unique in every sense, including its ground level entrance that acts almost as an anchor for the rest of the home, which is elevated.

Eldridge London also designed a contemporary home in Surrey, England with exterior walls made entirely of glass. As you might have guessed, this 7,000 square foot home is known as the Glass House. It sits in the midst of a neighborhood featuring one Georgian-style home after another. The Glass House certainly doesn’t fit in.

Modern and Contemporary Are Different

Those of us who are architectural neophytes tend to confuse modern and contemporary architecture. We assume they are the same thing. They are not. Officially, the modern architectural style was developed in North America at the turn of the 20th century. It was fairly popular until Art Deco made it across the Atlantic in the 1930s.

We can clearly attach modern architecture to a specific time period. Not so with contemporary architecture. What we neophytes would probably refer to as modern would be known as contemporary to an experienced architect. That’s because architects draw that line of distinction to separate early 20th century design from the new designs of the 21st century.

Designed for the Moment

One of the hallmarks of contemporary design is that it exists in the moment. It is impossible to look at a contemporary home and link it to any previous architectural design period. There may be some elements of modern architecture, along with other elements relating to the Art Deco and arts and crafts movements. But all of those elements are embedded in a design that is about the here and now – instead of the past.

Thinking of building a new home? If so, a contemporary design would certainly make it unique. That’s the whole point. 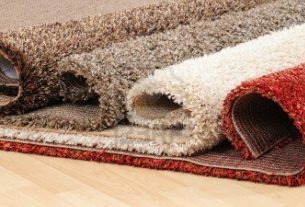 What things to consider when deciding the color of the carpet?

A Few Things To Consider When Replacing Your Residential Roof

Purchase The Right Dehumidifier For Your Residence

Benefits of Renting the Furniture and Appliances Online

Why Using Roofing Shingle Might Be Right for You